Read the business pages or go to a networking meeting and you’re bound to find someone telling you about the latest trend in social networking or SEO. “Oh, you simply must add a profile on the latest “Faced In +”, They gush, “or you’ll be missing out on valuable business and by the way our day rates are very reasonable”. Often these self-appointed gurus are just as clueless as the rest of us when it comes to spotting trends on what will be the next big thing. 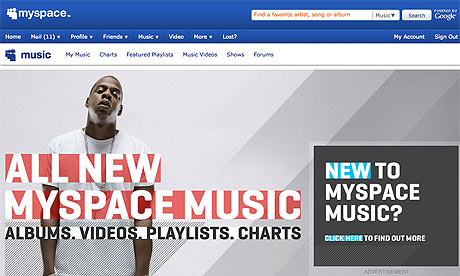 Remember MySpace? Originally this was a site for musicians and bands to promote their music without being signed to a major label, but it grew to become the Facebook of its day until it got replaced by, er, Facebook. In 2005, Rupert Murdoch’s Fox, bought MySpace for $580 million in the hope that it would be the next big thing. In 2006, Mashable named MySpace one of its top social networks of the year (because ‘anyone can be a celebrity’), with the dramatic prediction that ‘their plan to sell music from [upcoming] bands next year is surely set to reshape the music industry.’ However beset by technical difficulties (the site became notoriously slow and buggy) and competition from Facebook,  Twitter and LinkedIn, the company was recently sold for a paltry $35 million.

You Tube kills the Internet?

Adopting Millennium Bug-style drama in 2008, The Telegraph reported that the growth of YouTube and iPlayer could destroy the web by 2010, quoting a lecturer from City University as saying, ‘”I think we’re in trouble. If you’ve got kids on YouTube and parents on iPlayer and other things going on, it all starts to go very slow.”‘

Three years previously, USA Today had quoted IDC analyst’s Chris Chute’s view that it ‘will take years for these sites to take off’ because he estimated that ‘less than 10% of digital camera owners are savvy enough to take the time to sit in front of the computer and transfer video footage’, because it’s ‘”just too time-consuming and complicated.”‘ However, those that saw the most success apparently didn’t overthink it and just saw it as an experiment: “We put up the site to see what would happen,” said Jakob Lodwick, co-founder of Vimeo.

If large companies and Techie media can get their predictions so spectacularly wrong then what hope is there for the rest of us?

Here are some tips on how to make up your mind on which particular bandwagon to jump on:

Promoting yourself and your business using the web is important as Google and other search engines are placing increasing value on an active social media presence. The precise details of the next Facebook may still be a little unclear and there will be many false dawns to sleep through until we have the next big thing. Bear in mind, your job as a website or business owner is to find ever more effective ways of staying in regular contact with existing and potential customers whether it’s email marketing, social media, SEO, display advertising or mailshots.